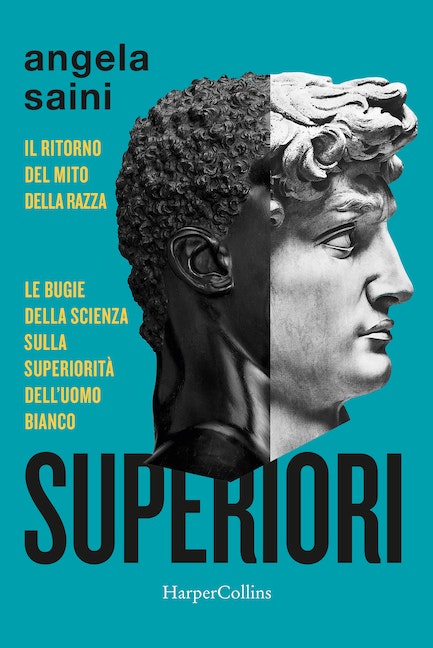 FIFTY YEARS AFTER Enoch Powell’s infamous speech, the rivers of not-so rhetorical racism are copiously flowing again. This is not an English peculiarity for once: it is happening pretty much everywhere across the West. Indeed, so crass and brutal is the tone of the current wave of racial intolerance, that Powell’s petty bourgeois poetical devices, wrapped as they were in pseudo-classicist pomp, come through as almost elegiac.

But unlike his canonised poetic toolbox, today’s assorted congeries of supremacists do not need the stylistic patronage of ancient—and slaver—Rome to validate their beliefs: they can proudly stick their racism on their car bumpers, or wear it as a badge of honour, just like remarkable political thinkers such as Steve Bannon encourage them to do. The great depression troubling the liberal West, compounded by an age-defining movement of people triggered by the geopolitical mess engendered in formerly colonial territories of the world’s South, has created a perfect storm where twentieth century nightmares such as nationalism and fascism are rehabilitated and upgraded to free us from the suddenly discovered evils of globalisation.

The shift of economic and political relevance from a predominantly white Judaeo-Christian Occident to the rest of the formerly dominated (directly or by proxy) world, the concurring loss of purpose and direction of that once powerful and defining political force once known as the left, and the waning of any residual historical awareness in a digital world, make us perfect candidates for the re-enactment of our horrible history, as George Santayana warned. In such a scenario, to define Angela Saini’s Superior as a timely book is a mere euphemism.

After her antithetically titled Inferior: How Science Got Women Wrong (2018), this is a complementary essay in taking apart—or deconstructing, for those who still like their Derrida—two of the most enduring and unacceptable historical staples of universal inequality: of women, tackled by the former, and some pseudo-scientific claptrap buttressing racism, addressed by the latter. Saini, who as an English woman of Indian heritage haspersonally endured the discrimination attached to both qualities, is on a double mission: to rescue scientific journalism from its obsolescence and presumed uselessness and to denounce the recurring recruitment of science at the service of prejudice.

To do that, she embarks on a long journey through not only science, but Western history, geography, art, culture, all of which are navigated and discussed in order to unmask a not-so-hidden agenda pursued through the centuries: to establish the scientifically sanctioned superiority of the ‘white man’ of European heritage, burdened by the duty to dominate the other in order to civilise it. In a word, the theoretical dressing of colonialism. The momentum of racial (and racist) science was reached in the nineteenth century, mainly through the academic establishment of eugenics, with its climax in the first half of the twentieth century.

The reaction to the tragedy of Nazi-fascism engendered a coordinated effort to disjoin genetics from race, exemplified by the abolition of the prefix ‘eu’. But soon after the post-1945 lull, complicit an assortment of financial crisis and mass migrations, not only did the ideology return: it became quite influential, as the publication of the nefarious The Bell Curve testifies. Today, there is a multi-layered network of journals, websites and newsgroups where the scientific pretence is just a coat of gloss over the rough surface of racism, all highlighted, somehow dispiritedly, by Superior.

Saini’s scope is vast, and it necessarily starts from the historicisation of the concept of race and the mapping of its cognitive framework. Since its invention and codification operated by the Enlightenment, the idea found its formalisation in archaeology, anthropology and science. It was conceptualised under what we could call the white male scientist’s gaze, of which Carl Linnaeus was perhaps the very first precursor. Not only white and male, but also selective and vertical, such gaze posited the observer’s subjective eye above the observed object.

This, of course, also conveniently justified the domination of the latter by the former, symbolically summed up by the institution of the Parisian ‘human zoo’ at the Colonial Exposition of 1931—a sad recreation of the life of tropical villages whose relics are visited and described by Saini with justified outrage. Since then, eugenically oriented biology became the main staple of what is in fact an historically and culturally determined manoeuvre, whose nadir was soon to be reached by Nazi Germany. A necessary backlash ensued: after the Second World War academia purged itself of the least presentable purveyors of eugenics, so that the concept of race could be demystified.

Its genetic framework was dismantled once it was established that the genetic variations between different racial groups are lesser than those within each of them. But the attempt to clean up its act was soon mitigated by the gradual reappearance of an underground network of institutions and individuals, often employed by major teaching institutions, still spewing their venom online among an ever growing complacent community of readers extremely concerned by a cluster of fascist conspiracy theories warning against a ‘white replacement’ plot. To paraphrase Thomas Aquinas, race was back in the eye of the beholder, even when she is not necessarily white. Saini proves that when referring to the ideas of genetic uniqueness cultivated by some Chinese scientists, who claim to have developed from an earlier form of homo erectus that existed in China millions of years ago, instead of migrating from Africa like the rest of ‘us’.

And they’re not alone: some Russian and Indian scholars who dispute our common African origin also claim we’re not all homo sapiens: an attempt to shake off their biological kinship with the Western former colonisers together with their hegemony, a sort of national way to the universally human. But while her book is excellent at describing the nooks and crannies of such networks, the penetration of biological racism in universities, and at reminding us of how it tarnished the reputation of scientific titans such as Nobel Prize winner James Watson, her task stops at the threshold of ideology. The re-invention of race as a tool to justify social and economic exclusion in (mainly) Western nations comes at a time when their foundational myths find themselves at a critical juncture.