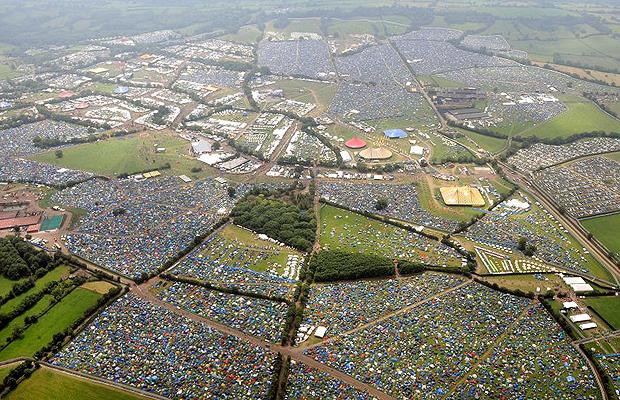 Glastonbury is upon us again.

This festival, a sacred cow to so many poprock music lovers, is still portrayed as a sort of countercultural staple. I wonder how is that possible.

This year, a band that relegate the term “dinosaur” to define novelty, is headlining. The Stones at Glastonbury it’s the cultural equivalent of refreshing your throat with a chilled Coke while tasting a succulent McDonalds burger. They’re so old that will shortly require carbon-14 to date them. They have written some memorable songs, yes. They’re the Rolling Stones, yes. So what sort of heresy am I propagating here?

No myth is unassailable. The Stones are so overdoing it that they’re facing a big risk: the huge flock of generation “why?” festival-goers, might, and I stress might, not get them. The songs will not, for obvious reasons, resonate in the same way as they did 50 years ago. Because they are going to be performed by a bunch of frail-looking grandfathers. It will be like going to a museum.

“Don’t kick the old rocker”, a friend of mine used to say. I’m not, really. It is the culture that produced them in the first place whose defeat they’re celebrating. Besides, the BBC-Stones TV rights row is only the umpteenth reason to consider the countercultural relevance of Glastonbury completely spent.

Glastonbury should peacefully self-terminate, bring itself to Dignitas. It would be a great, courageous sign to the rest of the world: the end of humongous, overpriced, Guantanamo-like fenced and environmentally catastrophic gatherings of revellers assembled like cattle to listen to corporate-leaning megapopstars. All in the name of “alternative” culture. A fantastic wake-up call to the emergencies we are facing as a species.

To say nothing of the uncanny, self-flagellating (maybe a nonconformist strain? Michael Eavis would have made a perfect model for American Gothic) drive that compels thousands of people up to neck in mud to listen to Mumford and Sons.