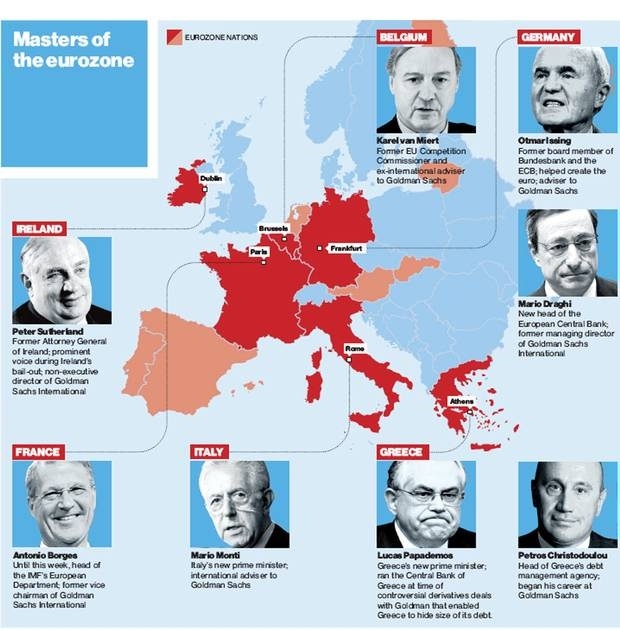 Italy used to have a clown as a Prime minister. Now it has a sober, thoughtful, softly-spoken and respectable economist at its helm, the sort of guy you would definitely buy a second hand car from. Of course, behind the unassailable image, there is a most disquieting truth.

Monti is yet another man of Goldman Sachs, one of the most greed-fuelled institutions the world has ever known, the mother of all investment banks. Almost since Adam Smith reassured us on the benign nature of capitalism, they have always done the damage, got to fix it and – surprise surprise – happened to become infuriatingly rich in the process.

Just a couple of pieces that help to focus a little on the problem: one describing historically the operations of the squid, the other the way it is deploying its tentacles all over Europe, and – in a spectacularly humiliating way for its own sovereignty and democracy – in Italy.