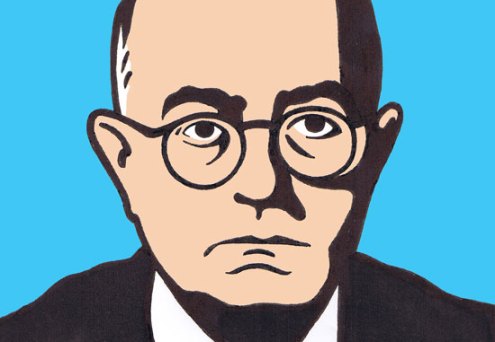 The name Theodor, in ancient Greek means “gift of God”. Good, old cantankerous Theodor Adorno knew a thing or two about what we are living through.

Incessantly dismissed as “elitist” and “pessimist”, his thought has quite a few intuitions about the present state of things and that’s why a revisitation of some of his works would be timely indeed. I only want to quote the following passage, the closure of the celebrated essay on the culture industry that has left me impressed for its power, solemnity and beauty, despite its obvious shortcomings.

Anyone who has not yet been wholly inured by the oppressive self-importance of big business is unnerved to receive a telegram. The mutilated language condensed to carry the maximum information combined with the urgency of delivery imparts the shock of immediate domination in the form of immediate horror. The fear of the disaster which the telegram might announce is only a mantle for the fear of the omnipresent disasters that can overtake us at any time. Above all on the radio the authority of society standing behind every speaker immediately addresses its listeners unchallenged. If indeed the advances of technology largely determine the fate of society, then the technicized forms of modern consciousness are also heralds of that fate. They transform culture into a total lie, but this untruth confesses the truth about the socio-economic base with which it has now become identical. The neon signs which hang over our cities and out- shine the natural light of the night with their own are comets presaging the natural disaster of society, its frozen death. Yet they do not come from the sky. They are controlled from earth. It depends upon human beings themselves whether they will extinguish these lights and awake from a nightmare which only threatens to become actual as long as men believe in it.